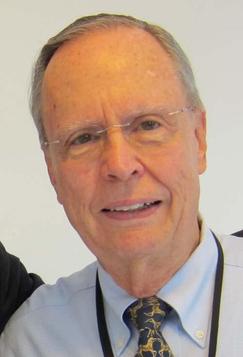 Karl H. Muench, M.D., professor of medicine
We all know that we get our genetic makeup from our mothers and fathers, but for men who are named Muench, there really is a little bit of our ancestors in us -- the Y chromosome.

In fact, men who still hold the Muench surname carry the same Y chromosome as the Muench patriarchs to whom this association is dedicated.

As shown in the attached scientific explanation, written by Karl H. Muench, M.D., all men in the unbroken line of males descended from Johann Rudolph Muench have the same Y chromosome.  The Y chromosome is passed only from father to son, and the son’s is the same as the father’s, back into antiquity.  So, if you are male, and your last name is Muench, there's a little piece of Johann Rudolph in you.

Likewise, all male and female offspring are similarly linked to their female ancestors through mitochondrial DNA, which in humans is passed only from mothers to their male and female children.  While most DNA is found in the nucleus of cells, MtDNA is found in the mitochondria, which are organelles inside cells that help process chemical energy into energy the cell can use.

As Karl Muench reports, a renowned genetic lab has found the Muench Y chromosome to be a member of haplogroup R1b, the founding father of which is estimated to have lived 35,000 years ago.

Karl H. Muench, M.D., is a professor of medicine at the University of Miami School of Medicine, where he teaches and practices the specialty of medical genetics.